Frightening isn’t it? The cartoonist Steve Bell from The Guardian has made the cartoon above, and once again he hits Bush smack in the face. Bush said the other day that he would support yet another constitutional amendment, which is to be launched to “protect” the world from same-sex marriages. That is simply utterly stupid. It would be a bit of a blow (get it?) if gays can’t get married in San Francisco any more. The city of homosexuality has to be a place where it is also possible to get married – with whomever you fancy. Getting married should be an opportunity to all gay people – not just Americans lucky enough to live somewhere near S.F.

. Nonetheless, this utterly appalling proposal shouldÃ¢â¬â ¢ve never seen the light of day. Auspiciously (isnÃ¢â¬â ¢t English a wonderful language?) some of his supporters are bailing out on him because of this too right-wing suggestion, but I honestly donÃ¢â¬â ¢t believe that it will make any of his regular patriotic supporters vote against him come the election. Hence I donÃ¢â¬â ¢t think it will neither harm nor help him in the battle for presidency. Having said that, I do think that a bunch of the people from the Christian part of the Republican Party will see him even more as a saviour (sorry about the linguistic resemblance with a certain Christian figure). They would never vote for a Democrat anyway, but stronger unity amongst the Republicans is never good. Now they have a range of explicit enemies to unite against. TheyÃ¢â¬â ¢ve got the war on terrorism, the war in Iraq, the war in Afghanistan, the cold war against North Korea and now the war on homosexuals. If they canÃ¢â¬â ¢t make up anything else, why not accuse every single detainee in Guantanamo Bay of homosexuality. ThatÃ¢â¬â ¢s almost even worse than being a terrorist Ã¢â¬Â¦ it seems. Petty Bush. 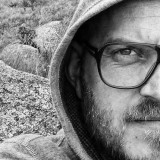